Get your Goddess on

Spiritual Snobbery: The Dark Side of Lightworkers. 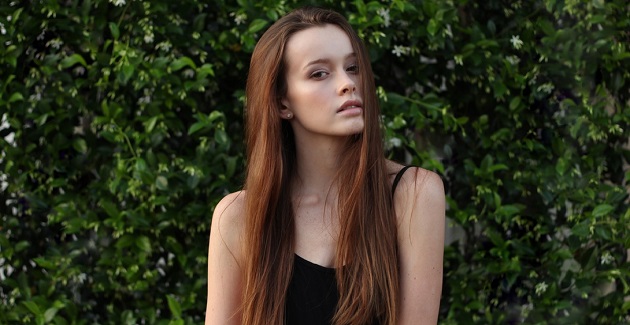 I recently found myself removed from a Facebook group I had joined that describes itself as “a loving community of spiritual lightworkers intended for sharing spiritual growth, support, information, resources and other helpful tips and tools.” I believed I participated accordingly by “Liking” others’ posts and sharing helpful resources to support fellow members, such as articles I published with elephant journal and free worldwide distant healing events I offer monthly. I thus figured the removal was an error and requested to join again, but the request was surprisingly denied.

Unsure of what led to this, I contacted the administrators asking if they could share what happened. A few days later I received a reply from one of the two explaining that while she herself didn’t remove me, that only admins are allowed to post events. This confused and disappointed me on several levels. First, as there were no community guidelines beyond the group description, I wondered how loving it was to abruptly remove an unsuspecting member who unintentionally broke an unwritten rule. Second, as a community aiming to foster support and the sharing of resources, I wondered how reserving the exclusive the right to post free healing events served the over 10,000 members. And finally, I wondered how kind it was to essentially ban the sensitive healer types the group is meant to serve.

While this isn’t a particularly drastic example, it did get me thinking of other experiences of snubbing in the “spiritual community.” There was the raw-vegan yoga student who asked me if I was vegetarian and stopped attending my classes—which he had claimed were really helping his back issues—after I replied I wasn’t. There was the popular yoga studio owner who stated that if I was interested in practicing “real yoga” (instead of attending classes at a local gym with some of the most grounded, loving and inspiring teachers I have had), that I should join his studio instead.

There was the cosmetician at my first and only visit to a Sephora shop whom I had simply asked about a tinted moisturizer for my yoga teacher training in Thailand. Instead of suggesting a product, she took it upon herself to lecture me what yoga is and isn’t about: It’s not about having clear skin, you shouldn’t care how you look, you shouldn’t try to impress others, you need to let go of your ego and just let your skin detox and breathe for once. It wasn’t even so much what she said, but the highly condescending tone she used that took me aback.

My clients, students and friends have expressed similar observations and disappointments in the spiritual community. A friend who started taking yoga classes sadly expressed that after months of trying to befriend fellow students she felt a camaraderie with given their mutual love of yoga, that her efforts were never reciprocated because she perhaps just wasn’t “hippie” enough for them to fit in.

Interestingly, my own inner spiritual snob came out when I met such “hippies” during yoga teacher training. The training was set on a secluded Thai beach with several yoga, meditation and detox retreat centers, as well as the only bars on the island that sold drugs and held night-long raves. At the time, immersed in reading sacred teachings, in awe of the natural beauty all around me and high on the love within my group, I couldn’t understand how or why these “bohemians” could meditate, do beach yoga and sing kirtans (call-and-response devotional chanting), while simultaneously smoking marijuana, doing hard drugs, raving all night, drinking and screaming in the ocean at sunrise and comparing who had sex with more strangers at the party.

Thankfully, I was able to realize what my real problem was: I somehow thought it was my place to look down on them for their “unspiritual” behavior, which in the very moment I did, disconnected me from my own spirit.

While getting on the “spiritual path” can be completely transformational and open us to profound healing, wisdom and miracles, the tools and teachings we practice—no matter what tradition or trend they follow—usually share the same ultimate aim: inner peace and the perfection of love. But when we get so caught up in what we are practicing rather than why, we can slip into the temptation to judge rather than discern, condemn rather than love and exclude rather than accept.

Even with the best of intentions, it’s all too easy to identify with being a “lightworker” and succumb to darkness. We may guise a condescending remark by ending it with “Namaste” or “love and light.” We may gossip about someone and say we are simply “honoring our truth.” We may say things like, “I am not religious, I am spiritual” in an attempt to disassociate ourselves from what we might perceive as the dogmatic and judgmental nature of organized religion, and yet turn around and exhibit the same exclusivity and rigidity that we think have risen above of.

We may share our love for animals while inwardly calling a meat-eater a murderer. We may gracefully flow into the most physically advanced yoga pose and yet find those bending their knees in forward fold just not good at or committed enough to yoga. We may think of ourselves as old souls with many incarnations and then deem someone we think isn’t as evolved as us a “new soul” who clearly has not lived many lives. We may begin our mornings with a loving-kindness meditation and then resent our “totally unconscious” corporate employer the rest of the day.

These are just some examples of how we may be more attached to the idea of being spiritual rather than practicing the universal spiritual values of love, acceptance, compassion, peace and oneness. The thing to remind ourselves of in these dark moments is that everyone is spiritual because everyone has a spirit. We are all seekers whether we know it or not. We are all lightworkers because the spark of the Divine shines within each of us.

To keep myself in check and monitor any spiritual pretentiousness that creeps up in me, I have developed a three step process that helps me stay centered in my spirit rather than caught up in my spirituality:

1. Observe Consciously
One of the greatest gifts of spiritual teachings and practices is to help us become aware of our natural human reactions and emotions. We may not be able to control our inner reactions, but if we can catch ourselves as soon as thoughts like, “They are so (fill in the blank)!” come up, we become a witness to our reactions rather than bound by them or identified with them.

2. Accept Compassionately
Once we realize we have slipped into judgement and made ourselves better than or superior to another, instead of condemning ourselves for condemning, we can practice compassion for our own humanness. We can take a deep breath, process our feelings and welcome what we might learn about ourselves.

3. Respond Lovingly
Now that are aware of whatever has come up for us, we can go beyond accepting our human reactions and transcending them by asking one simple question: “What would love do?” The moment we ask this, we bypass our ideas and ideologies and get right to the heart and soul—where all spiritual paths are trying to lead us anyways and yet getting there does not require any specific path at all.

Sometimes the heart will tell us to accept, connect, invite, open and include, and sometimes it may tell us to walk away, speak up, draw a boundary, discern and be firm. But no matter what the heart says, it will always do it from, for and with love.

Whatever spiritual path we follow, how we treat others along the way says nothing about them but only defines us. So the next time we are about to say “Namaste” to someone, let us be mindful of whether we are truly intending to honor and connect with their inner light, or simply trying to outshine them with ours. We can then take a step back, reconnect with our hearts and speak and act from our spirit rather than our spirituality. Because the world doesn’t need our lightworker lifestyles. It needs, more than anything, our kindness and love. 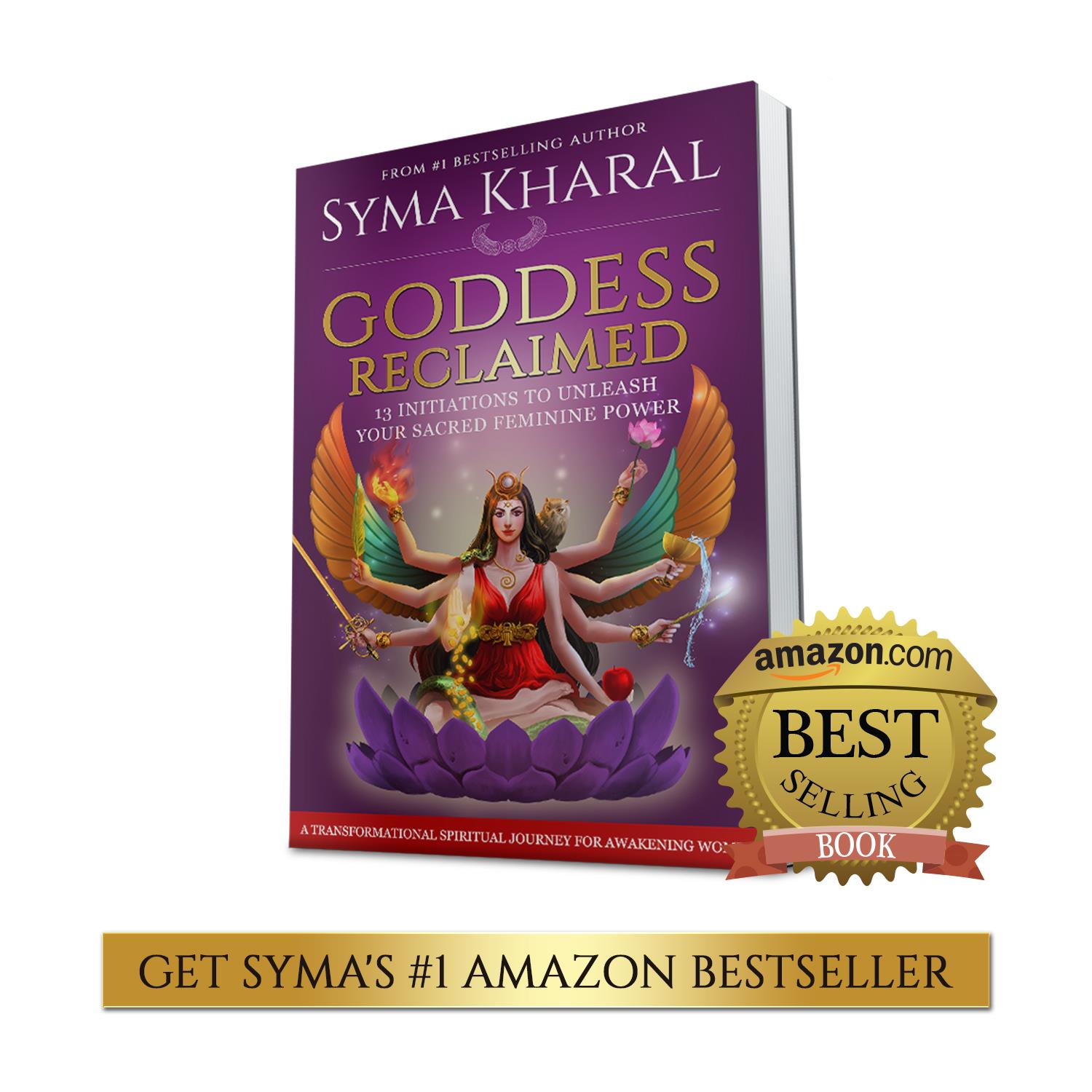 Get Your Goddess Meditation!

Syma is a beautiful and brilliant healer. Her sessions are infused with such a powerful love and care that simply being in Syma's presence (even online!) creates a sense of comfort and safety to fully and divinely acknowledge and celebrate the fullest self. Syma has my highest respects and I highly recommend working with her. 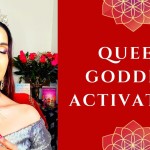 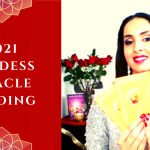 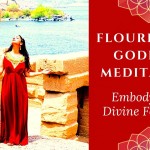 Get your Goddess on!

Get exclusive Goddess gifts like my “Awaken Your Inner Goddesses” meditation and video training, offers and updates by becoming a Flourishing Goddess sister subscriber!

We use Mailchimp to send emails and you can unsubscribe anytime. See how we honor your details in our privacy policy.

We use Mailchimp to send emails and you can unsubscribe anytime. See how we honor your details in our privacy policy